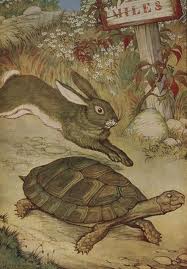 As the days go by, it’s becoming more apparent that this is going to be a marathon, not a race. I know that there has been an outpour of support from the JETAA community, which has been extremely encouraging, but there has also been a lot of uncertainty in terms of which direction we should go in and how we should get there.

To keep you in the loop, we have a very general plan right now, and we’re trying to lay the appropriate foundation for our efforts by focusing on organizing them first. This means that we need to have a well thought out plan and the right people in place to execute the plan before we move forward. Here’s the thought process thus far:

We’re waiting for things to settle down in Japan before we move forward with a definitive plan. Our efforts will be wasted if we create a plan before knowing all of the facts. The Japanese government still has to figure out what they’re doing, and from what I’ve heard, many government offices are still closed. We need to perform due diligence to ensure that we are partnering with a relief program that meets the mission of JET and JETAA. We need to have a national vote on exactly how the funds that we raised will be used and allocated, since this is a national effort. And we need to be certain that once our relief team reaches Japan, they will have maximum impact on the community that they will be helping (there is a real possibility that some areas will not want foreign in person aid).

I know that it’s hard to just sit tight, but that’s all we can do for the time being. Once our plan is sorted, I will let you know as soon as possible. Realistically, we will not be sending a response team over for at least another month of two until after the major emergency and medical work has been completed, organizations that we can partner with have established their plans (from early correspondence with various volunteer organizations, they are still figuring out what to do), the Japanese government lets the world know exactly how we can help, and most importantly, the nuclear situation becomes more clear.

In the meantime, I encourage you to contact your local JETAA chapter representatives to ask how you can help with fundraising efforts in your community. We really appreciate your patience.

P.S. A big thank you to Chris Ueda, webmaster of JETAANC, for adding the social media buttons on the bottom of each post. I’m always looking for ways to improve the user experience and am open to suggestions.

One Response to Sometimes more time translates into a better plan