Cheryl Hou
A Pacific Northwest native, Cheryl Hou returned to Seattle in 2008 after 3 years as an ALT in Toyama-ken. Due to her work in Toyama (AJET Library Coordinator 2006-20008, Regional Coordinator 2007-2008) she was well suited to jump right into the PNW Chapter of JETAA and did so with great enthusiasm. Her passion and love for Japan and the program kept her involved US-Japan relations through her local chapter where she served as Social & Volunteer coordinator (2009-2011), Vice President (2011-2012), and as President (2012-2014). Cheryl was also integral in bringing the JETAA USA National Conference back to Seattle in 2014 where she served her fifth and final year on the council as National Conference Coordinator to great success.

In 2015, Cheryl was elected as JETAA USA Country Representative where she served until 2018. During her time, she worked with her fellow Representatives to restructure how JETAA USA operates in the context of its role and its involvement with not only the individual chapters, but also within the larger international JETAA community; a goal that was furthered with the 2016 JETAA International Conference in Tokyo. As the first international conference to occur since 2011, this was a stunning opportunity for all Country Representatives to meet and facilitate discussions on the future of JETAA, of Japan relations, and the ways to further and establish JETAA groups in smaller participating countries. Cheryl continues her JETAA service on the JETAA USA Advisory Board where she can continue to be involved in furthering the larger goals of JETAA USA.

Jessyca Livingston
Jessyca (Wilcox) Livingston spent her early childhood years immersed in Japan and most of the rest of her youth abroad. After graduating from Rutgers University she worked as a Park Ranger/ Ecologist with the National Park Service. Her affinity for Japan led her to return as a JET Program participant. Jessyca was an ALT in Urahoro-cho, Hokkaido from 2003 to 2006, an experience which deepened her love for Japan and its people. Upon returning the USA, she quickly got involved in her local JETAA chapter in the Rocky Mountain region and secured a job at the Consulate General of Japan in Denver as the JET Program Coordinator. Jessyca served as treasurer of RMJETAA from 2008-2010, then served two terms as a JETAA USA Country Representative from 2010-2012. She has participated in several conferences ranging from regional to international during her service with JETAA. Jessyca currently serves on the JETAA USA Advisory Board to help to guide and ensure the success of JETAA USA at the national level. She also serves as Secretary for USJETAA, a non-profit organization which coordinates with and supports JETAA USA and its chapters. And when she’s not volunteering for JETAA, she is busy being a mother and working at the Japan America Society of Colorado in Denver.

Steven Horowitz
Raised in New Jersey Prefecture, Steven Horowitz (Aichi-ken, Kariya-shi, 1992-94) is the founder and publisher of JETwit.com, the “official” unofficial alumni magazine, career center, and communication channel of the JET alumni community in the US and internationally.  Steven also served on the JETAA USA Disaster Relief Fund Committee and is a member of the JETAA New York Board of Directors as well as the Professional Outreach & Development Chair for the New York chapter.  He previously served for 6 years as the JETAA New York Newsletter Editor, was invited to be the keynote speaker at the 2008 JETAA Canada National Conference, represented JETAANY at the 2005 JETAA International Conference, and has attended a number of JETAA national and regional conferences in over the years.  A lawyer by training who studied at Waseda University and graduated from Duke Law School, Steven currently works as a law and business ESL/writing teacher and freelance writer while pursuing his MA in TESOL. He enjoys helping JET alumni connect with each other and find and create work opportunities for themselves. Steven lives in Brooklyn, NY with his family and can often be found playing ultimate frisbee near Prospect Park.  (Click here to connect with him on LinkedIn) 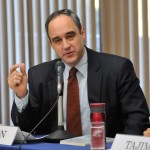 Jim Gannon
Jim is Executive Director of the Japan Center for International Exchange (JCIE/USA), where he oversees a wide range of programs that bring together political leaders, policymakers, experts, and activists from around the world for exchanges and dialogues designed to strengthen US-Japan relations and build international cooperation. Before joining JCIE in 2001, he conducted research with the Japan Bank for International Cooperation and, from 1992 to 1994, taught English in rural middle schools in Ehime Prefecture as a JET. Active in the efforts to demonstrate the utility of the JET Program in the face of budget cuts and to create the JETAA USA Earthquake Relief Fund, he was selected to represent JET Program alumni by giving the keynote address to the JET Program 25th Anniversary Commemorative Symposium in Tokyo in 2011. Jim is author of a number of publications on US-Japan and US-Asia relation, and at various times in his life he has worked as a forklift driver, at a travel agency, and baling hay. 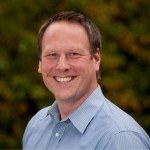 Ryan Hart
Ryan manages brand, content and sales initiatives for Milliman in Seattle. On the JET Program, Ryan taught in junior high and elementary schools in Ichihara-shi in Chiba Prefecture. After JET, he continued to live and work in Japan for 3.5 years, teaching and developing curriculum for AEON Corporation and moonlighting for Tokyo’s largest English weekly, Metropolis Magazine. Ryan served as president of the JETAA PNW chapter from 2008-09, JETAA USA Country Representative from 2009-10., JETAAi Vice Chair from 2010-11 and was a presenter at the Returning JETs Conference in 2011. He now serves on the JETAA USA Advisory Board.

Monica Yuki
Originally from Malibu, California, Monica attended the University of Colorado and has a B.S. in Business Administration with a double emphasis in Marketing and Human Resource Management. She participated on the JET Progamme from 2002-2004 as an ALT Iruma-shi, Saitama-ken.  Monica developed a greater appreciation for Japanese culture and her family heritage. Now residing in New York City, Monica is the Research Director at Parade Media Group overseeing print and digital consumer insight.  Monica has been involved in a leadership role with JETAA for the past 14 years.  Currently she is the Chairman of the Board of Directions for JETAA New York’s 501(c)3 non-profit organization with over 2,000 members in NY, PA, and NJ.   She also sits on the Board of Directors for USJETAA the national 501(c)3 non-profit supporting alumni across the country. Monica was a JETAA USA Country Representatives for 5 years, supporting all 19 U.S. alumni chapters with a total of 55,000+ alumni and representing JETAA on the international level.

3 Responses to Board of Advisors