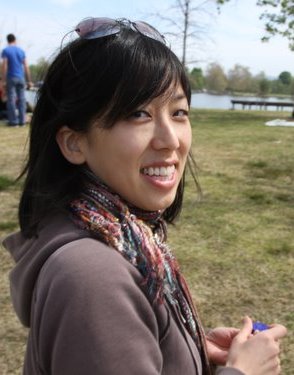 Audrey Shiomi (CIR, Miyagi-ken, Sendai-shi, 1999-2001) is a US JET Alum who returned to her former JET location of Sendai City in Fukushima-ken through the Invitational Program. She spent a week in September visiting one of the areas affected by the March 11 earthquake. In lieu of volunteering in disaster-stricken regions, she spent each day meeting with friends and former coworkers to listen to their stories.

I couldn’t believe how normal it all felt to spend each day hanging out with old friends in Sendai. They hardly talked about what had happened six months ago, and if they did, they were calm, reflective and grateful. They didn’t suffer the way they did in the north, along the Pacific coast.

Within city limits, homes were damaged and people were left without running water, electricity and heat soon after the earthquake. It was late winter, and they had no clue when things they’d taken for granted—warmth, hot food and information—would be readily available. The minute it looked like a market was about to re-open, people formed long lines out the door.  Luckily, by Day 5, water and electricity had been restored.

Now, six months later, my friends are with me, laughing, drinking and eating like there’s no tomorrow. We were doing everything but dwelling on March 11 and for good reasons. For one, it was simply time to more forward. For another, talking about your own situation made it seem like you were complaining about it, and—as my friend explained—the only people who are socially allowed to lament are those whose loved ones died in the tsunami.

Another reason few people talk about the events of March is that if someone were to mention they temporarily fled the prefecture after the nuclear reactor meltdown, they’d face the silent scorn of their peers. For some, leaving town was a logical safety measure. For others, leaving town was the moral equivalent of abandoning your family.  It’s these opposing schools of thought that make it difficult to openly talk to one another. “It’s like in the U.S. where people don’t bring up religion,” said one Japanese friend. “People don’t talk about certain parts of their experiences after the disaster.”

So instead of dwelling in the past, my friends have no option but to move forward. For many of them, March 11 instilled a newfound reason for living. Many have taken up new hobbies and started traveling more. My friend, Nanae, has been making a living by holding private cooking classes at her home. March 11 fueled her to hold more classes. The way she sees it, she’s lucky to be alive, so not living life would be like besmirching the memory of all those who’d died.

I’m glad my friends have emerged from this tragedy with their heads held high. It would have been a sad reunion if they’d greeted me with distressed tears. If they’d told me, “Take me back to the U.S. with you!” I would have stowed them all away in my suitcase. But, no, instead we’re able to share a drink, enjoy great izakaya food and laugh about old times. That’s the Japan I know.