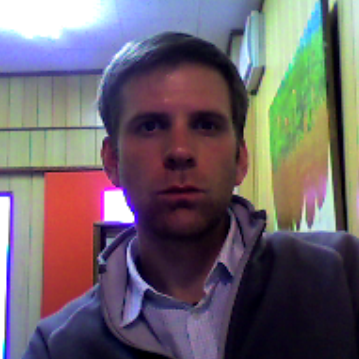 Michael Blodgett was an ALT in Iwadeyama (now part of Osaki City) in Miyagi-ken from 2005-07. He is originally from the Chicago area and is currently living and working in Osaka. Michael was in Tohoku on the “Homecoming” program from August 4-10, 2011.

I asked for a JET jikoshoukai from Michael, and he politely obliged:

In my early twenties I joined the international student group Up With People, a program not so disimilar from the JET Program. Up With People is designed to bring together young people (18-25) from around the world, in a sense, bridging countries and cutlures. For one year we (about 150 students and staff from 22 different countries) traveled the world, did community service, performed a musical program, and best of all stayed with host families.

My first roommate at my first home-stay in Colorado and close friend till this day (12 years later) was from Japan. Before getting to know him, I can admit that I didn’t know much about Japan nor had a big interest in learning more. But that changes when you meet people. We became very close and I found myself seeking out friendships with the 10 other Japanese people in our group. At the end of the year, as we stood waiting to depart from the international airport in Lisbon, Portugal, I began to tear up and then visibly weep, as I said goodbye to my close friends from Japan, wondering if this was our last time together.

Less than one year later, I found myself on a plane to Japan to visit those good friends and explore Japan for the first time. And then, during my stay I fell in love with this great girl (recently celebrated our 5 year wedding anniversary). As you can see, I have built strong connections with Japan, and for me it has less to do with the many things that fascinate people about Japan, and more to do with the people of Japan that I have gotten to know well during my various trips and stays. I have made friends, family, and best of all my wife and I now have a sweet little daughter here in Japan.

So, when I saw the opportunity to return to Miyagi this summer  (where I lived and worked from 2005-2007), I did everything in my power to make sure I would have a chance to return and tell the story of the great community I was a part of. And let me tell you, the return after four years was everything I had expected, like going home.

Surely, there are many heartbreaking stories, too many really, but I want you to know there are some encouraging ones too: stories of recovery, stories from the great people of Tohoku. With that, I give you a short video of my time there, and hope you take the time to show your support in any way you can. Thanks.

To take a look at Michael’s photos from his trip, click here.